A letter from the Association of Nikkei & Japanese Abroad 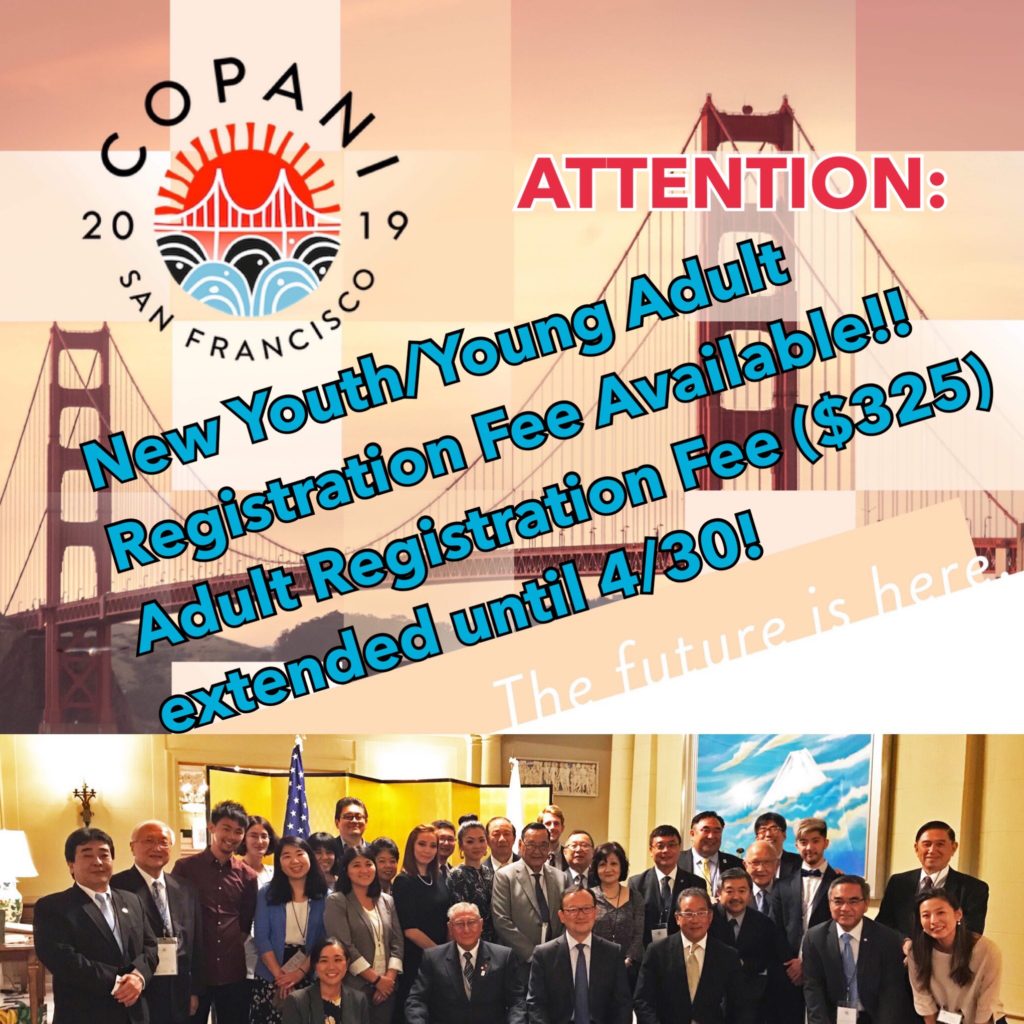 by Katsuyuki Tanaka, President, Association of Nikkei & Japanese Abroad / Kaigai Nikkeijin Kyokai
Dear friends,
I hope everything is going well with you.
Here in Yokohama, the cherry blossoms season is over and the temperature is getting warmer day by day. With the start of the new era “ Reiwa” is just a week away, the entire country seems to be in high spirits.
I am writing this letter to inform you about a few matters including the dates of this year’s 60th Convention of Nikkei & Japanese Abroad (CNJA) in Tokyo, the 20th Pan American Nikkei Convention in San Francisco, and the events to be held by our Association for “International Day of Nikkei “ in Yokohama.

This year’s CNJA will be a very memorable event since it is the first Convention in Japan’s new era “Reiwa” and it is the 60th edition of CNJA. The 40th and 50th CNJA were honored by the presence of Their Majesties Emperor and Empress. Having this in mind, we have been discussing carefully on the dates of the Convention with relevant organizations such as the Ministry of Foreign Affairs and the Imperial Household Agency. We have finally decided to hold this year’s CNJA on October 1st – 3rd.  The overall theme will be “Japan’s New “Reiwa” Era and Nikkei Society Bridging Internationalization “. We are in the midst of creating an attractive program that will be satisfying to the attendees. We will send you detailed information on the 60th CNJA shortly.
I hope you will schedule the Convention and look forward to seeing as many participants as possible in the coming Convention.

Pan American Nikkei Convention known as COPANI (Convención Panamericana Nikkei) is the biennial Convention for the Nikkei in North, Central and South America, and Caribbean region held by the Panamerican Association of Nikkei (APN in spanish). The 1st edition of COPANI was celebrated in 1981 in Mexico City. Since then, the COPANI has been organized biennially by APN member countries rotating to host. The 20th edition of COPANI this year will be held in San Francisco, USA on September 20th – 22nd. Though COPANI is for the Nikkeis in North, Central and South America and Caribbean region, some Japanese and Nikkeis in Europe have been attending the recent events of COPANI. I would like to convey to you that the organizers of COPANI welcome as many participants as possible regardless geographical boundaries. As the 60th CNJA in Tokyo will be held just a week after the COPANI in San Francisco, it may be a good idea especially for those from Europe, to first attend COPANI and then after participate in CNJA in Tokyo.
Please refer to the following internet-site for more detailed information on COPANI San Francisco;
www.copani.org
https://copani.org/register/
https://copani.org/travel-info/ 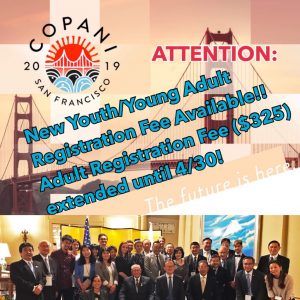 3. Events for the “International Day of Nikkei”(Yokohama)

At CNJA in Hawaii that was held last year, it was decided and declared that June 20th is “International Day of Nikkei”. This is the day when the Gannenmono, the first collective immigrants from Japan landed in Hawaii. “International Day of Nikkei” aims to further promote the linkage and collaboration amongst Nikkeis around the world. I am happy to inform you that a number of events are planned for the International Day of Nikkei in many Nikkei societies. Our Association, the Kaigai Nikkeijin Kyokai, has been campaigning for the International Day of Nikkei on our website collecting photos, videos and messages from Nikkei societies around the world. Our Association will hold a Photo Exhibition entitled “June 18th is the Day of Japanese Overseas Migration, June 20th is the International Day of Nikkei” on June 1st – 25th in the corridor space in front of the Japanese Overseas Migration Museum in JICA Yokohama.  We intend to show the real life, the messages and events of the Nikkei societies around the world, thus contributing to the better understanding of the Japanese overseas migration and Nikkei societies.
(note) June 18th was declared as the Day of Japanese Overseas Migration in 1966 by the Prime Minister’s Office. It is an anniversary in which people look back at the emigration history and promote friendship between Japan and countries to which Japanese emigrated.
Thank you very much for your understanding and cooperation in advance.
Looking forward to seeing you in near future.
Sincerely Yours,
Katsuyuki Tanaka
President, The Association of Nikkei & Japanese Abroad