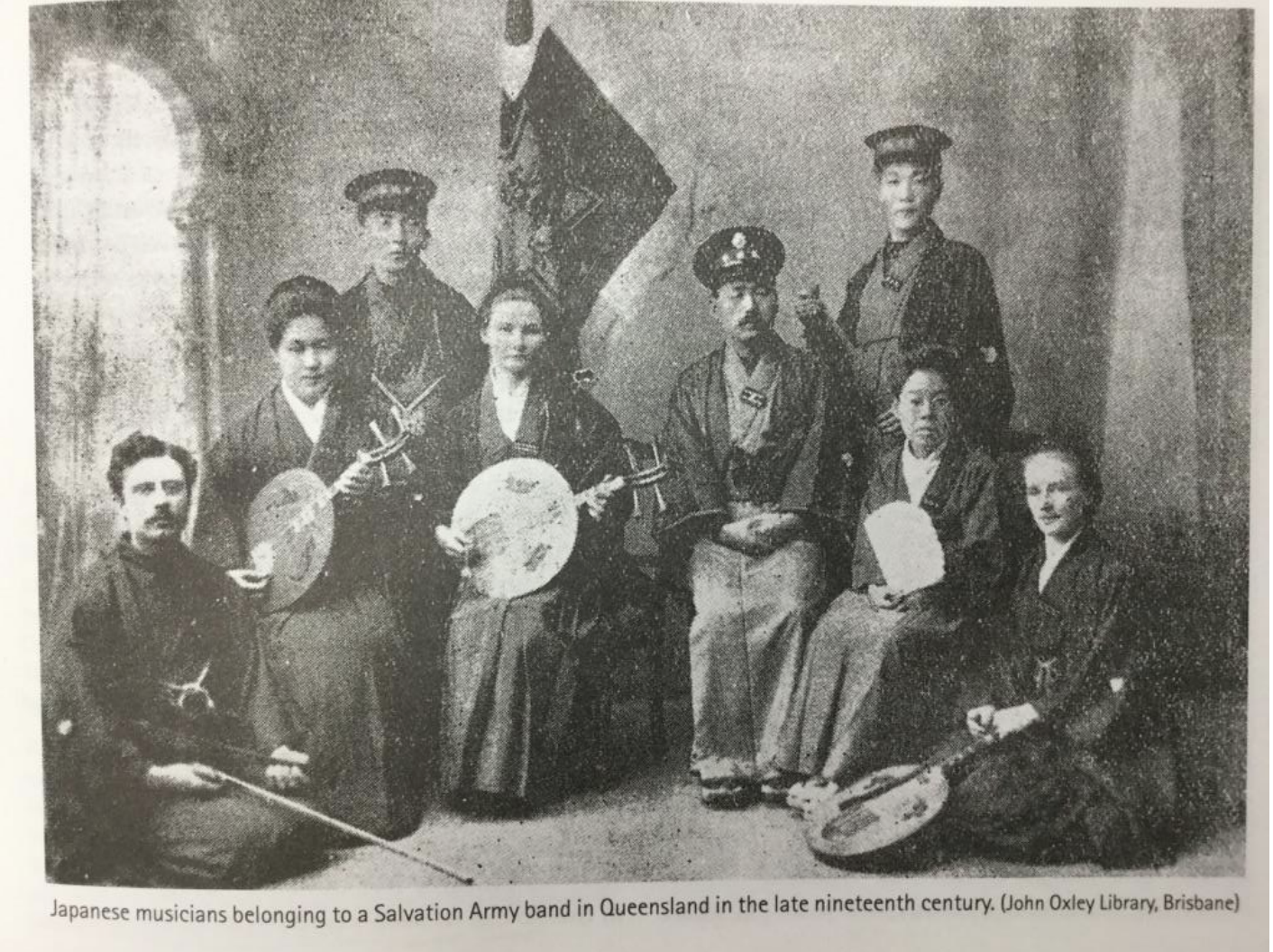 ‘The pre-World War II and wartime histories of Japanese in Australia have been relatively well documented in scholarship since the 1990s, but with little discussion of evidence for expressive culture. Music and dance were an important means for consolidation of the far-flung Japanese communities of the north and northwest regions, and were also deployed in particular contexts to strengthen links with the dominant Anglo-Celtic people and other minority groups through presentational performances. Music may also have figured in the lives of a small group of Okinawans among indentured labourers from Japan, and in the work of Japanese prostitutes (karayuki-san) in remote coastal and inland locations.

‘This paper presents material from recent oral history interviews with elderly individuals in Tokyo and Osaka, specifically memories of music making in 1930s Broome, Darwin, and the Torres Strait, and in wartime internment camps. The paper also includes accounts of music and dance from a diary penned by a Japanese pearl shell diver in the Torres Strait during the late 1920s and early 1930s. While the experiences examined here were particular to the circumstances of individuals as contracted foreign workers or Australian-born Japanese, respectively, they suggest that both informal and occasional formal music-making figured as significant moments of shared leisure in a range of intercultural contexts, at a time when Japanese were an economically indispensable minority largely exempt from strictures of the White Australia policy.’