An Enduring Friendship: Western Australia and Japan- Past, Present and Future 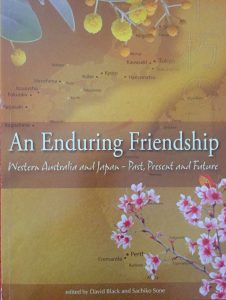 Download: chapter 20 Recent Moves in the Japanese Community Towards Multiculturalism by Sachiko Sone

The Japanese community in Western Australia is a small one of approximately five thousand of a total population of two million people, with over 160 ethnic clubs and associations. However, through a range of social and cultural activities including the ‘Japan Festival’ and ‘Japanese Movie Nights’ held each November it does contribute to the cultural diversity of Western Australia, which has a higher proportion of overseas-born citizens than the national average. It is also in the midst of taking on a new direction with an emphasis on revitalising cultural traditions within the community—an effort that reflects demographic changes within the Japanese community in the last decade.

This chapter focuses first on a examination of intergenerational-interaction programmes planned and run by volunteers over the age of fifty-five for secondgeneration children in the Japanese community in Western Australia and, secondly, on a study of the likely future directions of such intergenerational programmes in strengthening migrant communities and promoting multiculturalism in the broader society. 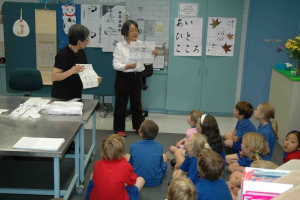 Other publications by Sachiko Sone include: