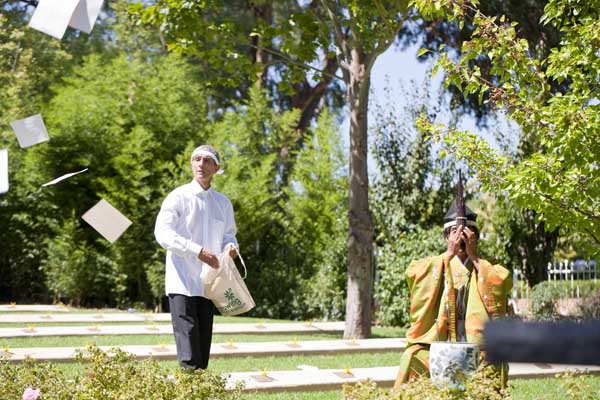 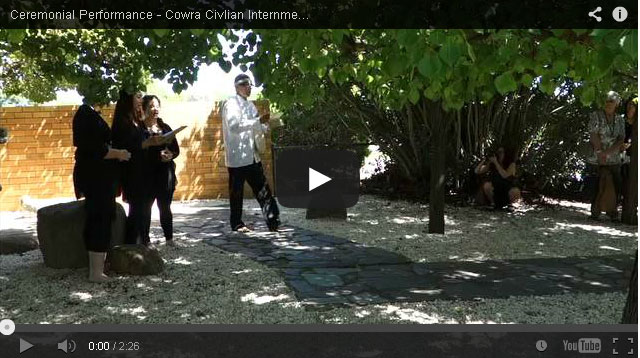 Ceremonial Performance was part of the Cowra Civilian Internment Program’s commemorative ceremony for civilian internees buried at the Indonesian grave site at Cowra General Cemetery and the Cowra Japanese War Cemetery on 9 March, 2014.

Artists Weizen Ho and Alan Schacher resided in Cowra in September 2013, held voice and movement workshops with the community, and created this work as an evocation-invocation to acknowledge and appease the spirits and souls who have been laid in the grounds of the cemetery.

The commemoration was part of a series of events held in Cowra, NSW, Australia, including a symposium, Civilian Internment in Australia during WWII: history, memories and community heritage, its related arts program, the Cowra Canowindra Civilian Internment Arts Program and an unveiling of an interpretive board with information about Japanese civilian internment in Australia during WWII. 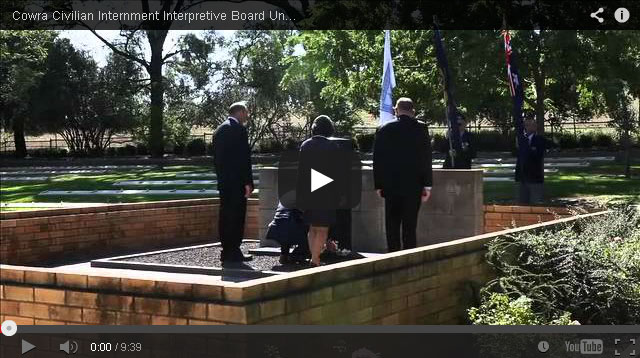 On 9 March 2014, an interpretive board detailing the internment of Japanese and nikkei civilians during WWII in Australia was unveiled at the Japanese War Cemetery in Cowra, followed by commemorative ceremonies at the Australian War Cemetery, Japanese War Cemetery and the grave site of Indonesian political prisoners at the Cowra General Cemetery. This video is a documentation of the official proceedings from the day.

These documentation videos were created by David Hansen and Jack Warren from the Civilian Internment Arts Project Documentary Team. In July 2013, film makers David Hansen and Bruce Ryan conducted a documentary making work shop with the community. Since then, the team have been documenting the series of events as part of Cowra Civilian Internment Project.