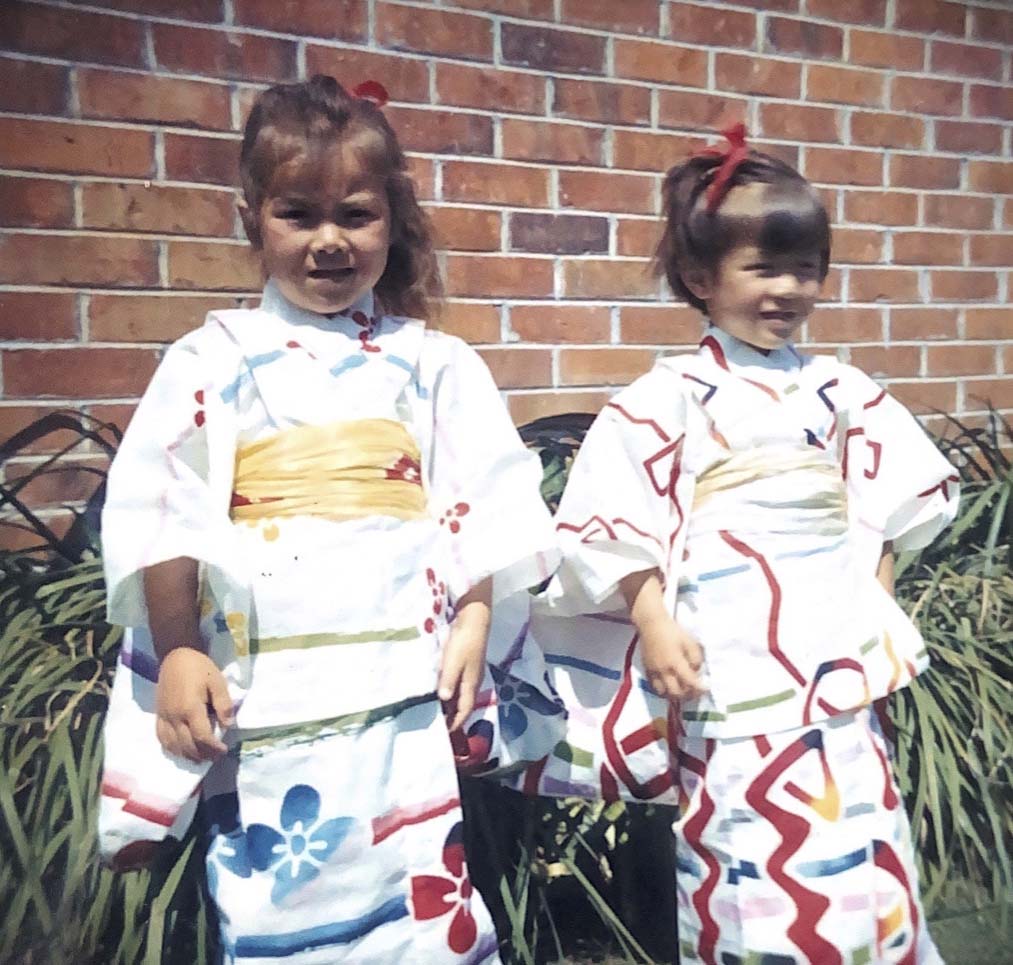 My mother, Naomi Boese (née Taguchi) grew up in Tsuyama, Okayama-ken, Japan. Her mother was a housewife and her father was a postal official. Mum was the youngest of four children; the eldest was a girl, and two boys followed. Mum completed high school but her family couldn’t afford to send her to college, so she joined the staff at the US military base in Iwakuni.

She met my father, Selwyn Boese, sometime between 1955 to 1957, when he was on discharge from the New Zealand Army after serving in the Korean War. My father found work as the assistant manager of the club at the Iwakuni base. My mother worked in the canteen. Dad said he fell in love with her while they were dancing. They married in 1957, when Mum was 23 and Dad was 33.

My mother’s given name was actually Atsuko, but she adopted the name Naomi as it is both a Japanese and Western name. Everyone called my father ‘Snow’ because his hair was as white as snow. Even in Japan he was known as ‘Yuki’, the Japanese word for snow.

Permission for their marriage had to come from the eldest male in the family, which was mum’s brother (their father had passed away). There was a complication as he couldn’t do the usual background check on my father and his family, as they were foreigners. In the end, my mother put her foot down and declared she would marry my father without her brother’s approval.

I was born at the US base hospital in Iwakuni in 1957, on the 16th anniversary of the attack on Pearl Harbor. In 1958 we moved to New Zealand. That was the last time my mother, now a ‘war bride’, saw Japan.

Our family settled in Hawke’s Bay, on the east coast of the North Island. My father grew up in the Marlborough Sounds on the South Island and his family later moved to Hastings, in Hawke’s Bay. From the mid-1960s until the end of the ’70s, my parents ran the single men’s quarters and canteen attached to the Hawke’s Bay Farmers’ Meat Company freezing works, where workers processed and froze meat for export. Mum and Dad worked seven days a week, providing hot meals. At lunchtime, the canteen fed hundreds of hungry men.

My mother became a kind of surrogate mum to the men (her ‘boys’) who lived at the quarters. Some of the boarders went diving and brought her kina (sea urchin), crayfish, pāua (abalone) and the occasional eel. They got a kick out of seeing her enjoy these treats, as very few New Zealanders ate them in those days.

When my mother was a child in Japan, her family had a domestic helper who did most of the cooking. In New Zealand, she not only had to learn how to cook, but also to cook food she’d never seen before. Her initial approach was: boil everything, then add salt and pepper! She eventually learnt to make typically stodgy European meals for the workers, such as roast meat and vegetables, hearty thick soups (no delicately fragranced clear soups here!) and English-style puddings. When the canteen prepared curry with rice, Mum was startled to see the men adding sugar and milk to the rice to make rice pudding!

My sister Patricia was born in 1959, and our youngest sister Dora, in 1961. From a young age, we used Japanese words, such as genkan (entrance), obenjo (toilet), and merikenko (flour). Mum told us Japanese stories, such as Issun-boshi and Momotaro. It was not until we went to kindergarten that my mother switched to using English, believing it would lessen confusion and make it easier for us to integrate. Some old habits from Japan remained, such as the ritual cleaning of our ears with mimikaki (an ear pick).

At New Year, Mum dressed us in yukata and geta for family photos that she sent to friends in Japan. We also prepared chirashizushi. How Mum conjured ingredients for this and other dishes I don’t know, as Japanese ingredients were difficult to obtain. Sometimes friends in Japan sent us kombu, nori, and pickles. We mostly used Chinese soy sauce and shiitake bought from the Chinese greengrocer. Rice was always short grain.

One of my mother’s favourite afternoon snacks was rice topped with umeboshi, over which she poured either green tea or hot water. When we were feeling ill, Mum gave us okayu, or a similar dish of hot rice with raw egg, a dash of soy sauce and crushed, toasted nori sprinkled on top – my favourite. Winter months brought a special meal: sukiyaki.

In this way, my childhood was infused with Japanese culture through the efforts of my mother. When I later lived in Japan, so much was familiar yet foreign at the same time.

(Photo: Joanna and her sister Dora wearing geta, circa 1963.)

I studied science at Massey University in New Zealand, but switched to a humanities degree in order to learn Japanese. I wanted to understand my mother’s culture deeply and more objectively. I learned about giri and gimu (notions of duty and obligation), and how much they are a part of my life, even now.

After I graduated in 1979 I went to Japan as part of a year-long student exchange program. It was my first visit to Japan, and I lived at a young women’s hostel near Kyoto Sangyo University. A typical breakfast was hot rice, raw egg and soy sauce – a favourite from my childhood. I was expected to dress well whenever I went out. This was not an issue, as Mum had raised us to dress neatly at all times, even on simple errands.

I remained in Japan for two more years, teaching English in Osaka. I embraced the chameleon-like qualities of being part-Japanese, sometimes blending in with my Japanese friends (when travelling by taxi with a group of friends, drivers occasionally commented on how good my English was, thinking I was Japanese), at other times enjoying the benefits granted to foreigners, such as free entry to clubs. I had a comfortable and happy life. After I returned to New Zealand, my longing for Japan was so great it almost felt like physical pain.

Mum never returned to Japan as she felt New Zealand was her home. She became a citizen in 1960. Even though my mother had a tough life in Hawke’s Bay, working seven days a week with only two weeks off each year, she took great effort to instil a pride in Japanese culture and traditions in her children.

Mum died in 1995 at the age of 61. Dad wanted some of her remains to be returned to Japan. So, in 1998, I visited my mother’s home town with my husband and 10-month-old baby, asking my uncle’s permission to inter some of my mother’s ashes in the family tomb. I felt indebted that they welcomed us so warmly and hosted us for several days. In 2002, Dad and my youngest sister travelled to Tsuyama with my mother’s ashes to complete the process.

I hold on to my Japanese heritage in small ways. With my daughter, Matilda (now 24), I made bamboo-leaf boats in the same way my mother taught me. I also cook Japanese food such as karaage (which we call “JFC”, Japanese fried chicken). In 2019, I returned to Japan with my family, and found family records and photos of my maternal grandfather and great grandfather.

Back in the ’60s when our family first arrived at the Hawke’s Bay Farmers’ Meat Company freezing works, the backyard of our house was a blank canvas. In an effort to create a feeling of Japanese-ness, my parents set about transforming the landscape. They divided the rectangle of lawn by planting an avenue of cherry trees. They lined part of the fence with bamboo. On the remaining lawn, my parents mounded dirt into two elegant ‘mountains’. On one, they planted a long-needled pine tree, as well as two rose bushes of the ‘peace’ and ‘love’ varieties. Pine trees and roses, Japan and New Zealand, the two elements were so different. Yet somehow they sat well together.

Joanna Boese works as a sensory technologist in the food and beverage industry. She lives in Auckland, New Zealand, is married and has one daughter.