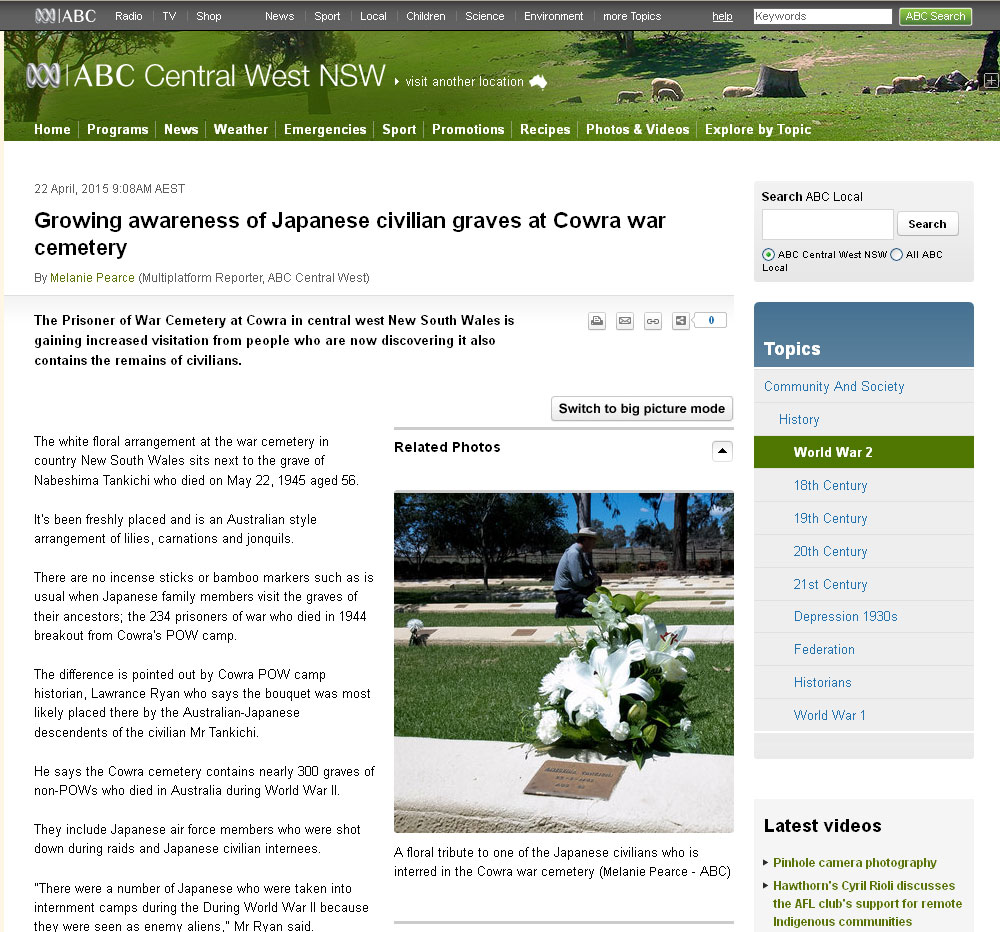 The Prisoner of War Cemetery at Cowra in central west New South Wales is gaining increased visitation from people who are now discovering it also contains the remains of civilians.

The white floral arrangement at the war cemetery in country New South Wales sits next to the grave of Tankichi Nabeshima who died on May 22, 1945 aged 56. 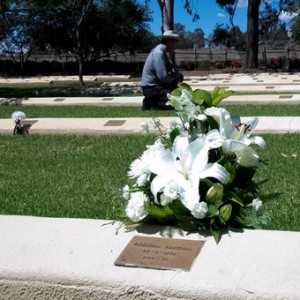 A floral tribute to one of the Japanese civilians who is interred in the Cowra war cemetery (Photo: Melanie Pearce – ABC) 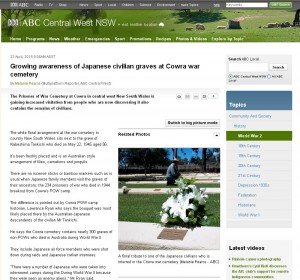