Hiromi visited the Cowra Public, Cowra High and Mulyan Public schools,  and conducted the total of 8 workshops in one day with the help of volunteers from a Cowra based Japanese organic farm Kitanodai Kaihatsu and completed the folding of 200 yellow cranes for peace. 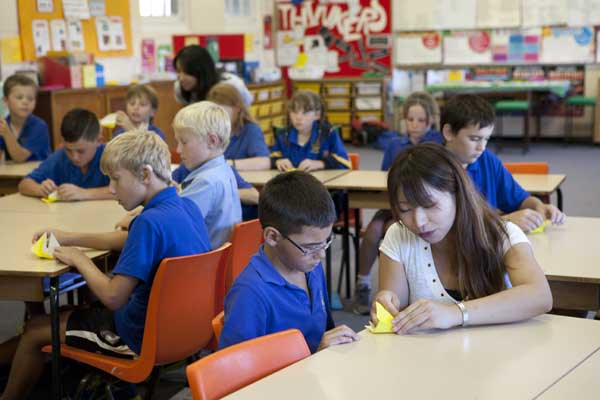 One of our funding organisations Japan Foundation, Sydney’s Sayuri Tokuman assisted too.

On the last day of the Civilian Internment Program, when 200 guests arrived for the official unveiling of the Civilian Internment Interpretive Board at the entrance of the Japanese War Cemetery, followed by commemorations for those civilians who died in internment during WW2,  the yellow cranes for peace folded by Cowra students  were placed along all the graves of civilians buried at the Japanese War Cemetery in Cowra. 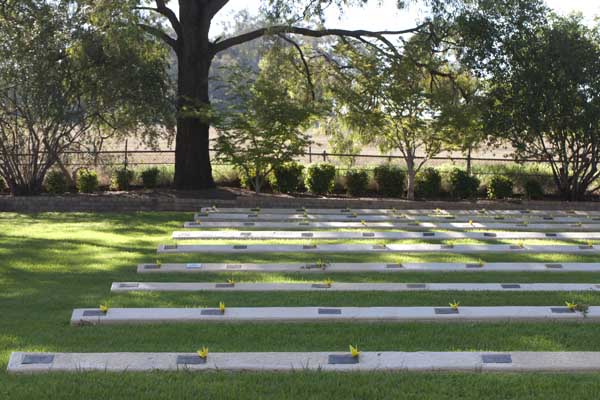