Radio documentary tells the story of Japanese POWs and internees in Hay, a small town in NSW 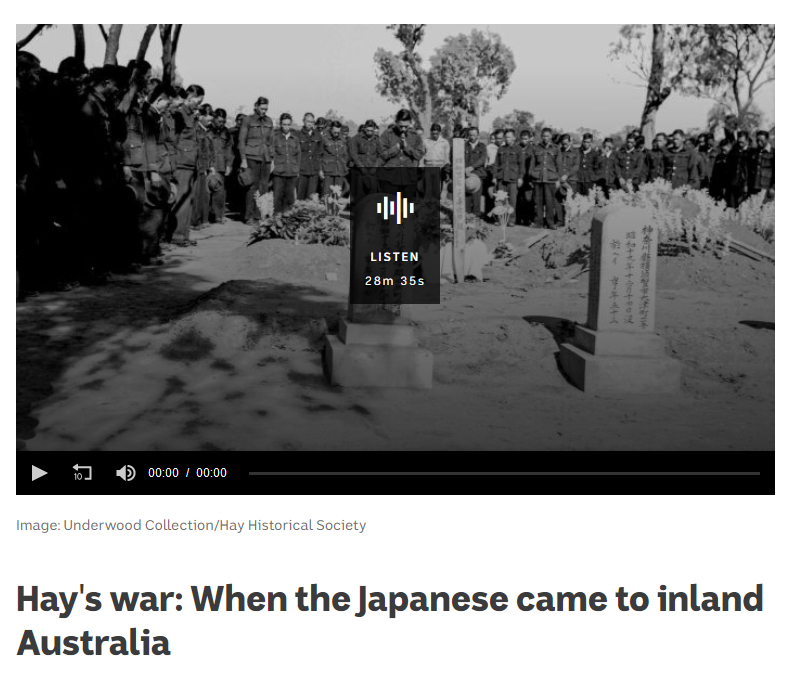 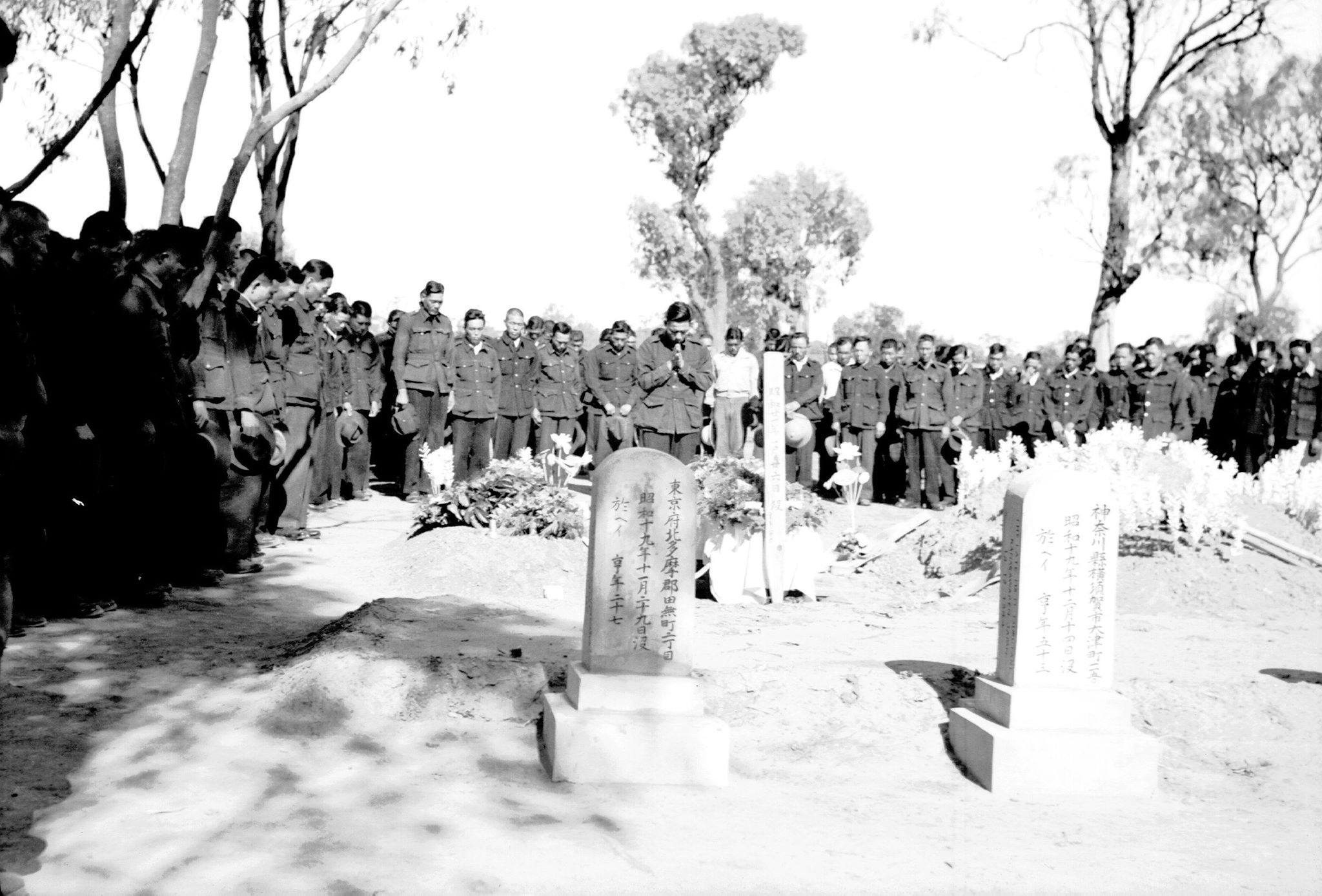 A two part radio documentary that tells the story of Japanese internees and prisoners of war in Hay, a small town near Griffith in NSW will be broadcast on ABC RN’s History Listen to commemorate the 75th anniversary of the end of the war in the Pacific.

The POW camps in Cowra or the civilian internment camps in Tatura and Loveday are reasonably well known, but few are aware of the camps in Hay. Producer Ann Arnold hails from this region, and was surprised to discover an almost forgotten history of the Japanese behind enemy lines during the final days of WWII.

Hay’s war: When the Japanese came to inland Australia

Part One: The mysterious war-time drowning of an 18-year-old woman in the Murrumbidgee River leads Ann Arnold on a trail of dramas and suspense, from the Torres Strait to the outback. Japanese and Australian accounts reveal a little known chapter of WW2, when the NSW town of Hay feared attack from the Japanese and nationwide, Japanese/Australian relations were greatly strained.
Part 1 of a 2 part series marking the 75th anniversary of the end of the Pacific War, on August 15th.

Part Two: A cavalcade of Japanese Prisoners of War, in makeshift ‘cages’ on the back of utes and small trucks, makes its way across dusty western NSW. The men had been part of WWll’s biggest and most violent escape attempt, at Cowra. Tension in the town of Hay ramps up, peaking on one long night of drama when it appears these same POWs are making another escape attempt. But by the end of the war, tentative links, across enemy lines, are being forged.