Revisiting the Past: A Nikkei road trip 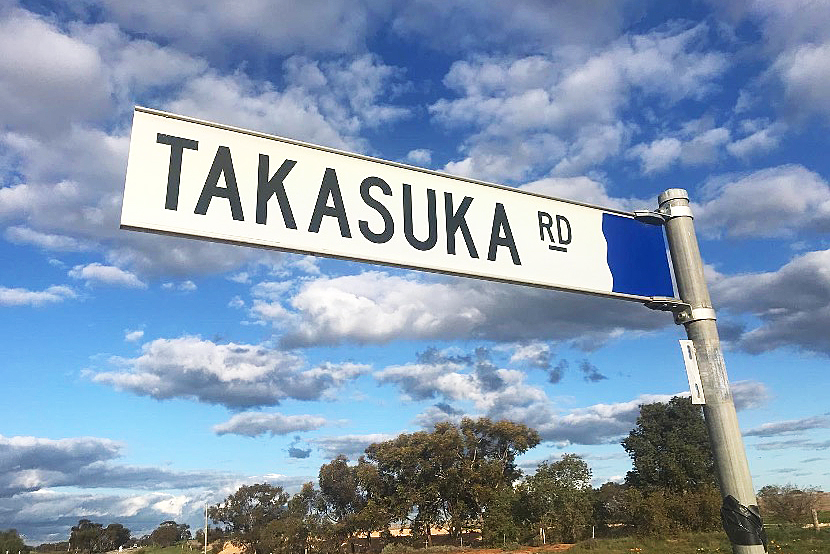 In July, I embarked on a six-day road trip, in search of intellectual stimulation and new experiences. I left Melbourne for the first time in two and a half years and headed to Adelaide where I attended a symposium on Japanese war-art hosted by Flinders University, and the launch of the English translation of the internment diary of Miyakatsu Koike on 21 July. As a fourth-generation Japanese Australian (I’m the great-grandson of Setsutaro Hasegawa, who immigrated to Australia in 1897, and interned during World War II), researching my family history and preserving the stories of Nikkei Australians is important to me.

The symposium focused on art created by Japanese POWs and civilians incarcerated in camps around Australia and in other Pacific nations. Art and craft activities provided internees with a break from the drudgery of camp life, and helped them cope with their internment. The creations included a pair of Japanese-style clogs (see photo) or sketches of women, reflecting the loneliness of the male internees.

The symposium also featured art by others such as the German–Jewish civilian internees known as the ‘Dunera Boys’. Seumas Spark, an authority on German–Jewish art created in the camps, gave an interesting presentation that revealed some of internees had trained as artists in Europe before fleeing the Nazis.

The symposium began with the launch of Four Years in a Red Coat: The Loveday internment camp diary of Miyakatsu Koike (Wakefield Press, 2022). Koike was a Japanese civilian working in the Dutch East Indies. He was arrested when Japan entered WWII, shipped to Australia and interned at Loveday Camp in South Australia. He kept a detailed diary of his time at the camp, and the text has not been available in English until now. Translated by Hiroko Cockerill and edited by historians Peter Monteath and Yuriko Nagata (a founding member of Nikkei Australia), Four Years in a Red Coat is keenly observed and a testament to one man’s triumph over sustained adversity. Some presentations followed the launch: Tets Kimura spoke about internee identity, referring to young mixed-race internee Sam Nakashiba as an example of a nisei (second generation Japanese migrant) who saw himself as Australian.

With the official proceedings over, I decided to visit the remains of the internment camp in Loveday, South Australia. After driving several hundred kilometres, I found myself in Barmera, a small country town in the Riverland district of South Australia close to the border with Victoria, known as a big grape-growing region.

By the time I arrived the tourist information centre had already closed. Fortunately, I discovered a brochure that pointed the way to the remains of the camp. After a couple of wrong turns driving through the flat landscape, I found the former site of Loveday internment camp – the largest internment camp in Australia, holding almost 6,000 male Japanese, Italian, and German civilian internees at its peak.

Unfortunately, there wasn’t much left to see: only the foundations of a few buildings and one building with walls but no roof. The iron bars in one of the windows served as a reminder that it was a prison and not a resort. The summers would have been hot and dry and the winters freezing.

After a solid night’s sleep, I set off for the long drive to the site of Tatura internment camp in regional Victoria. After stopping for lunch in Mildura, I serendipitously saw two signs while driving along the Murray Valley Highway: a sign for ‘Takasuka Road’ and another indicating the site of Australia’s first rice farm. I have been interested in the Takasuka family since I was a teenager and the scholar and historian David Sissons gave me a copy of his manuscript about them. Jo Takasuka was born in Matsuyama, Japan in 1865 and later studied at university in the United States. He migrated to Melbourne in 1905 and set up a business as an indentor (representing foreign companies), but soon turned his hand to rice farming along the Murray River, beginning a decades-long struggle to find methods of cultivation more appropriate for Australian conditions.

I headed down the narrow gravel track of Takasuka Road, wondering what I would find. After a kilometre, I came upon a sign and some monuments dedicated to the efforts of the Takasuka family. A man-made levy was also just a stone’s throw away – the last remaining vestige of Jo Takasuka’s efforts to bring wet rice agriculture to Australia. He abandoned rice farming in 1927 and died in 1940, having returned to Japan a few years earlier. He was survived by his wife and three children, including a son, Mario, who served in the Second Australian Imperial Force during WWII.

I spent the night in Swan Hill and woke to a cold, wet, and bleak day. The landscape between Swan Hill and Tatura is flat, dominated by farms. After 2.5 hours of driving, I arrived at my destination. The local Tatura Museum opens from 1 to 3 pm on weekdays, and from 2 to 4 pm on weekends. I was impressed by the displays and the museum’s efforts to preserve local history, in particular, the internment story. The friendly volunteer staff suggested I watch a 20-minute video about the internment camp, which focused on German internees and the art and objects they created. Many were allowed to remain in Australia after the war, and made substantial contributions to society. This contrasts with the Japanese internees, who were nearly all repatriated to Japan, many against their wishes.

The museum’s impressive collection of art and objects includes some items created by Japanese internees, including a model lugger like the ones used in the pearl-shell diving industry in Broome and Thursday Island.

The former site of Tatura internment Camp 4 is about 20 kilometres from the town of Tatura. It held Japanese internees (mainly family groups), including my great-grandfather, Setsutaro Hasegawa. He was one of 1139 Japanese registered as aliens in mid 1941 in Australia of which most were interned during the war. It was raining and visibility was poor as I approached the site, which is now private farmland. All I could see was lush green pasture. As I drove slowly down the gravel road, I wondered what camp life was like. How did Grandpa Hasegawa pass the time during his 18 months in captivity? It must have been difficult.

The next morning I woke up in Tatura craving Melbourne cafe food and coffee. On the two-hour journey home, I thought about all I’d learned and seen, and lamented how few relics of Australia’s internment history there are left. It’s up to us to keep telling the stories of those who were interned here, and to remember their struggle.

Andrew Hasegawa is a fourth-generation Nikkei Australian and the great-grandson of Setsutaro Hasegawa, who immigrated to Australia in 1897. Born in 1960, Andrew’s Japanese ancestry was the inspiration for him to learn Japanese and live in Japan for many years. These days he lives in Melbourne, imports Japanese lifestyle goods and researches the story of the Japanese in Australia.