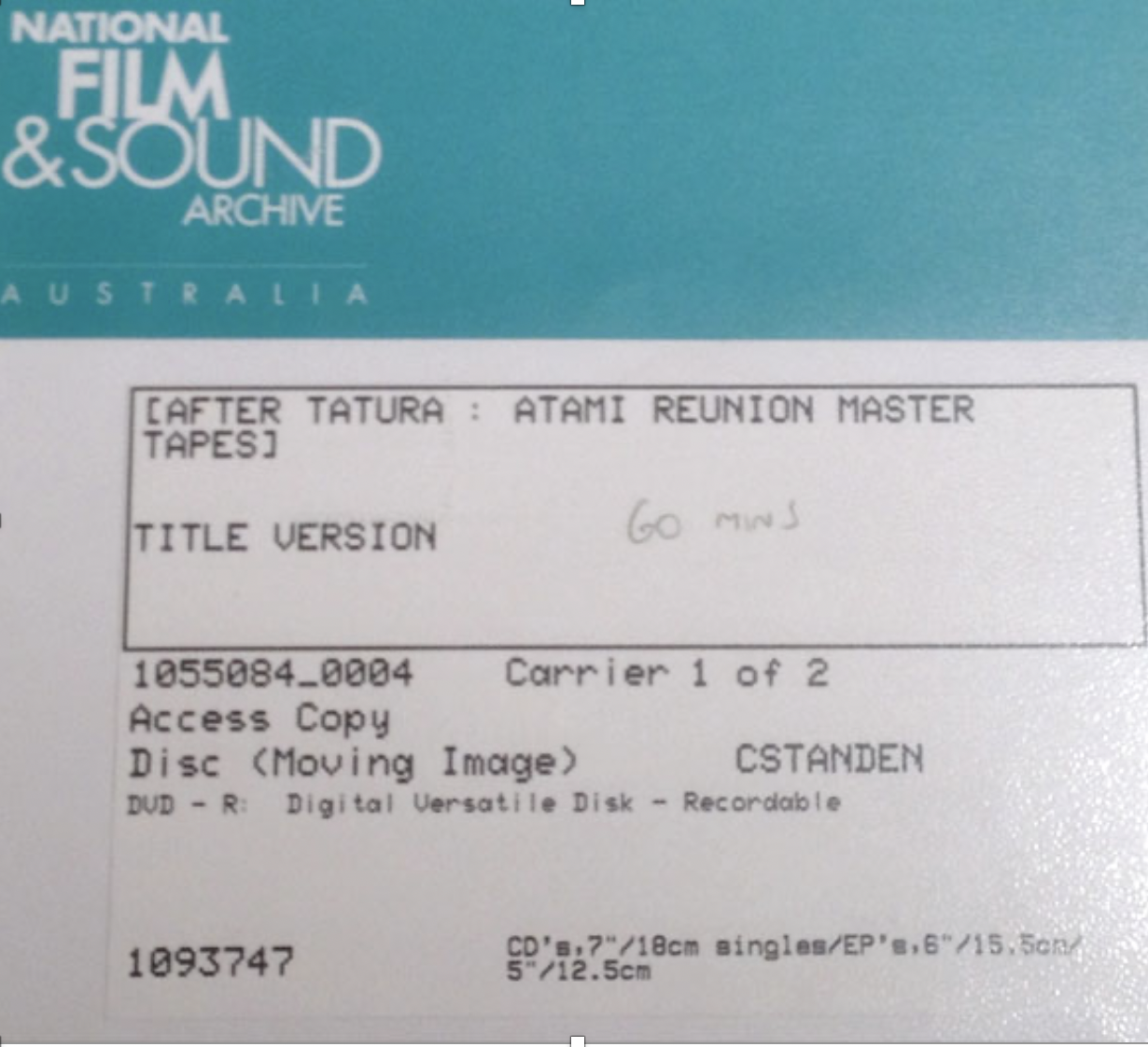 In July 2012, the four founding members of Nikkei Australia, Keiko Tamura, Yuriko Nagata, Lorna Kaino, and Mayu Kanamori viewed archival footage of late film director Solrun Hoaas’ unfinished film After Tatura. The footage consists of interviews with former World War II Japanese civilian internees in Australia about their internment, their post war lives and footage of their reunion in Japan. The footage is held by held at the National Film and Sound Archive of Australia (NFSA) and consists of three DVDs. Hoaas died in December 2009. After Tatura was not never completed.

Download Nikkei Australia’s report on the viewing including contents of the DVDs here.

Copyright of the material is held by Solrun’s youngest brother Geir, who can be contacted via the National Film and Sound Archive of Australia.