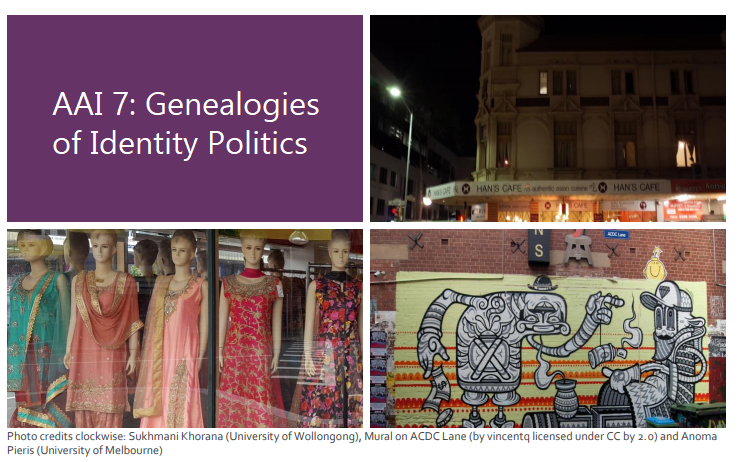 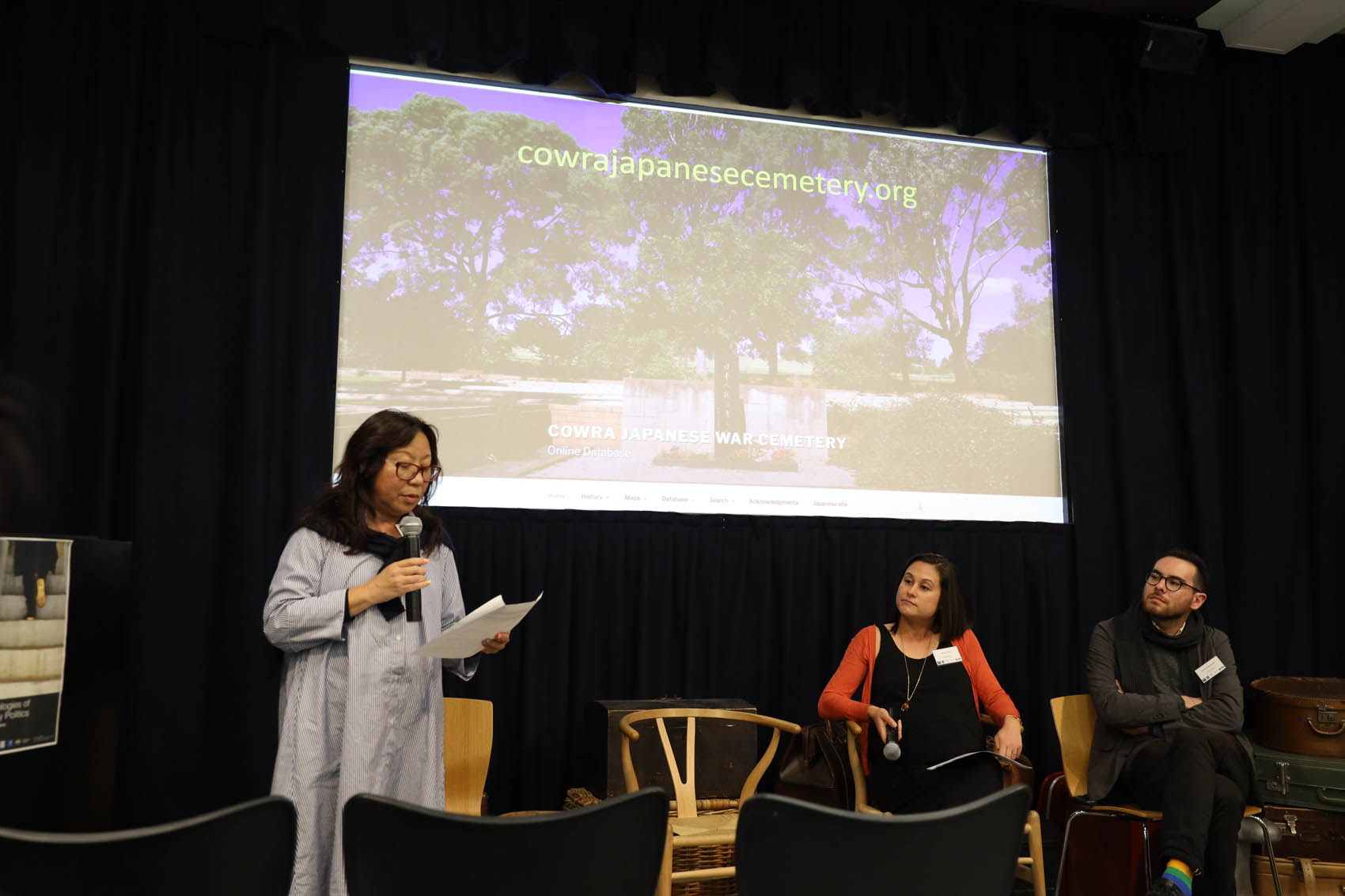 Members of Nikkei Australia – Timothy Kazuo Steains, Mayu Kanamori, and Christine Piper – presented Nikkei Australia’s initiatives and relationships to identity politics at the AAI7 conference in Melbourne. This is a biennial conference organised by the Asian Australian Studies Research Network.

The 7th Asian Australian Studies Research Network (AASRN) conference, “Genealogies of Identity Politics”, will be held on 7-8 November 2019 at the Immigration Museum, Melbourne.

The following is an explanation of the conference theme from the Call for Papers:

It has been a few decades since Stuart Hall and Paul Gilroy traced the shift from the older racist order based on “nature” and biology” to “national” and/or “ethnic” culture. This shift has not resulted in any disruption of the old paradigms of racism, but rather spawned a hydra-headed creature, of new colonialisms and new global capitalist regimes, that replicate themselves constantly in order to mobilise technologies of governance in contemporary societies. As Pooja Rangan and Rey Chow have argued, the move towards identity politics/coalitions and biopolitics have the potential of both negative-repressive as well as generative-creative functions. In Australia, identity-based politics now permeate every aspect of political, social and cultural life, from equity gap to environmentalism (Ghassan Hage), from arts/performance cultures to Asian-Aboriginal reconciliation (Jacqueline Lo), from racialized state violence to new media terror consciousnesses (Suvendrini Perera).

Asian Australian Studies itself traditionally employed strategic essentialisms in fashioning Asian Australian identities that resist racialising structures (Lo). However, essentialisms such as these are sometimes charged with reproducing the logics and boundaries of race – the very structures anti-racist politics attempt to undermine (e.g. Gilroy, Chow). Sometimes progressive critiques of identity are mobilised to delegitimise studies of race and ethnic identity altogether. How then do we examine and, even, mobilise Asian Australian identity in light of these critiques of ‘identity politics’? How have Asian Australian identities and identity politics changed over time, and are there new or emerging forms of these phenomena in the present day? How do eruptions of protest by far-right groups leverage these dissonances in identity-based coalitions, and what can anti-racism advocates do about it?