Finding Myself in Japan 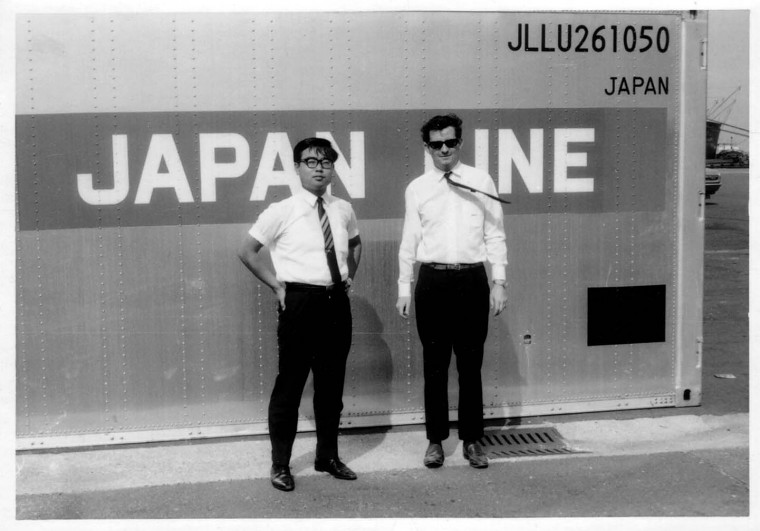 My parents first met in Japan in the 1960s. Unusual for the time, my father studied Japanese and economics at the Australian National University in Canberra and spent a few months on exchange in Tokyo. For a while he was hosted by my mother’s family, as one of her sisters was studying English and wanted someone to practise with. There’s a photo of Dad taken during that period, which I love: standing on the docks in front of a Japanese shipping container, dressed in Reservoir Dogs-style sunglasses, shirt and trousers, his tie flying in the wind.

In 1996, when I was 17, I decided to follow in my father’s footsteps and spend six months in Japan on exchange. Having just completed Year 12, I yearned for new experiences and the opportunity to stretch my wings.

Above all, I wanted to find myself. Growing up in suburban Sydney, I felt ambivalent about my ethnic identity. In primary school, my sister and I hid our bento boxes filled with simmered vegies and strips of marinated meat and demanded our mother make us Vegemite sandwiches instead. We were quick to tell our friends that we couldn’t speak Japanese. We tolerated family holidays in Japan but preferred Australian summers and lazy days at the beach.

In high school, I studied Japanese language until Year 12 even though I found it tedious. I became interested in Ukiyo-e and other Japanese art. Secretly, I felt different to all my Caucasian and Asian friends. Perhaps it was because my family wasn’t part of a Japanese community – we knew a few other Japanese and mixed-race families but only saw them occasionally. The culture was always there, haunting the edges of my existence, yet out of my reach. I decided that living in Japan would allow me to reclaim the missing piece of my identity. With enough time I’d feel complete.

But soon after I stepped off the plane in Nagoya, I realised my mistake. In an instant, I had shed my compact 165-centimetre frame and quiet demeanour and become a gaijin: a lumbering foreigner who talked too loudly and blew her nose in public. The first few weeks of my stay were a crash course in Japanese decorum. I tried to hug my host family when we first met, accidentally wore indoor slippers to the bathroom and received cold glares when I ate snacks on trains.

Haafu were everywhere – smiling coyly in advertisements, giggling on TV – but they seemed a world apart from me with their long legs, doe eyes, and lilting Japanese. Occasionally I passed for a local but as soon as I opened my mouth, the illusion disappeared.

I’d expected to be shaken up but I didn’t think I would have to build a new concept of myself. In the absence of anyone I’d ever known, I was forced to reassess every facet of my identity. Why do I like the music I like? Why do I dress the way I do? Is it innate or simply what my friends back home are into?

There was so much about living in Japan that I loved – the food, the festivals, the spirituality – that I exhorted myself to stay. I got lost on a mountaintop amid a blaze of autumn leaves. I soaked in an outdoor onsen while snow fell around me. In Kyoto, I cradled a sacred rock and made a wish.

But, after six months, I was relieved to return to Australia, to my family and my friends who wore corduroys and Cons and listened to Nirvana on repeat. Somewhere along the way, I realised that the half-formed, ill-fitting version of myself was already complete.

A version of this article first appeared in QANTAS magazine (July 2016) and online at qantas.com/travelinsider

Christine Piper is a mixed-race Japanese Australian author, journalist and editor. Her debut novel After Darkness (Allen & Unwin 2014) won the 2014 The Australian/Vogel’s Literary Award and was shortlisted for the Miles Franklin Literary Award. It is currently studied by Year 12 English students in Victoria.