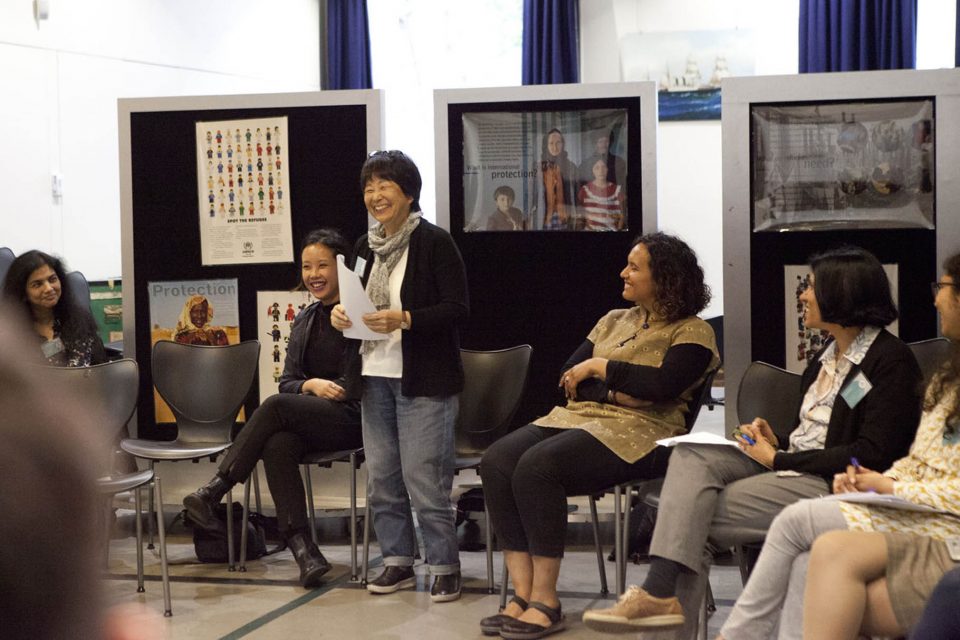 Nikkei Australia has enjoyed a warm and supportive association with the Asian Australian Studies Research Network (AASRN), with some Nikkei Australia members being active participants in many AASRN conferences. And at the sixth AASRN biennial Asian Australian Identities conference (AAI6) held at Melbourne’s Immigration Museum on October 25 and 26, 2017, Nikkei Australia presented a slightly unconventional panel session, aimed at highlighting the generous and inclusive activist community that AASRN continues to become. 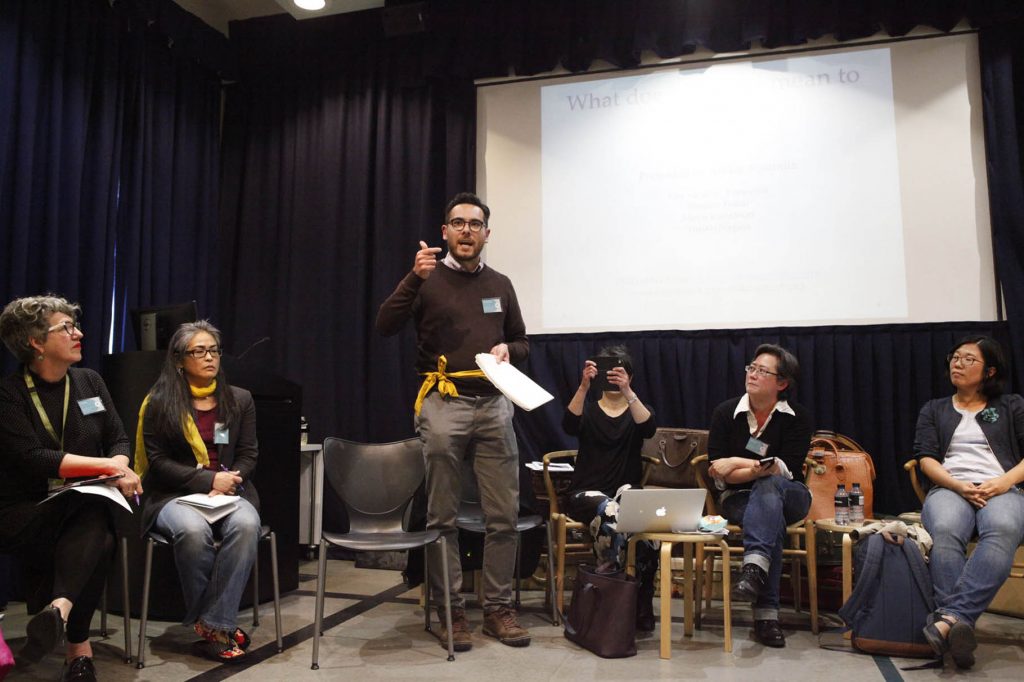 The theme of the conference was ‘embodiments and inhabitations’, and featured papers exploring how crossing boundaries can affect the way Asian Australians embody and inhabit physical/temporal/mental/emotional spaces. The discussions were engaging and wide ranging, asking probing and nuanced questions that further the Asian Australian academic project. Four members of Nikkei Australia–Dr Yuriko Nagata, Mayu Kanamori, Dr Tim Steains and I–attended AAI6, and the latter three presented the final session of the conference–a self reflexive, participatory performance collectively exploring the question, ‘what does AASRN mean to me?’

What does AASRN mean to me?

The main impetus for this session was our desire to create an opportunity to share more personal stories about the importance of AASRN in our professional/academic lives. For 18 years since it began as an informal network, AASRN has brought together a truly eclectic bunch of scholars, artists, researchers, performers and activists who share a broad interest in, and experience of Asian Australian identity. For many, including Nikkei Australia members, AASRN has been significant not only as a forum for the exchange of ideas, but a source of support and interdisciplinary collaboration especially in the area of diaspora studies, a safe and creative space for intellectual debate, and inclusive Asian Australian political activism.

To encourage people to share their own narratives about AASRN, we asked delegates prior to the session to write down their reflections on whether AASRN has had any impact on their work/practice/views/identity. We collated the responses, and asked some of them to be read out in the session by another delegate, giving people the opportunity to embody other voices, and to reflect on the experience of inhabiting someone else’s narrative. Our hope was to foster interpersonal connections and to give people the chance to also consider the shared inhabitation that the space of AASRN offers. 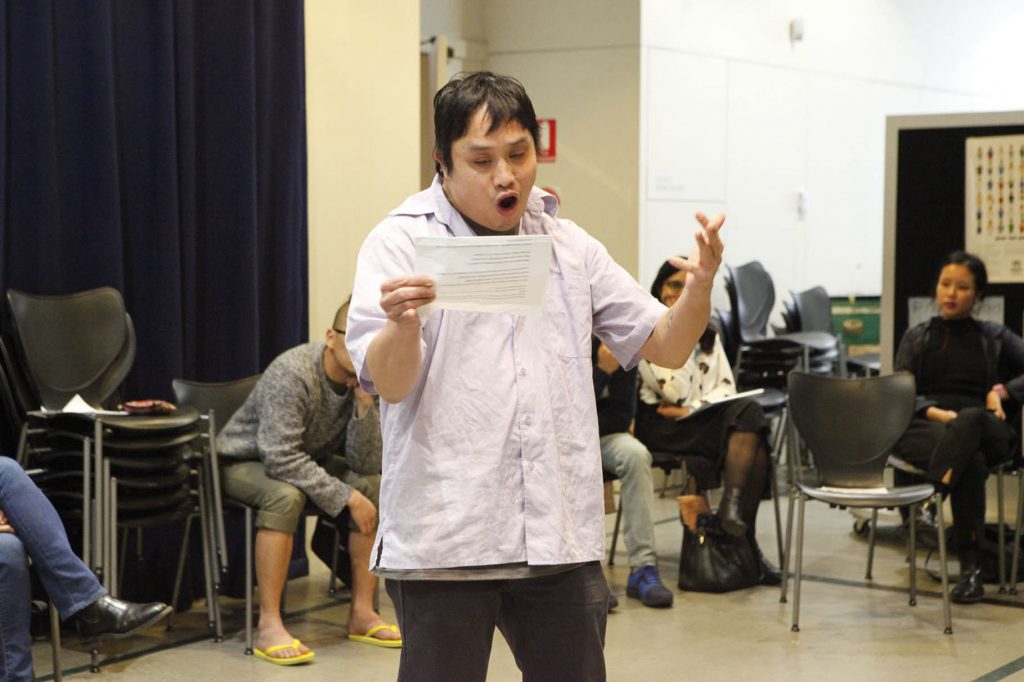 Dominic Golding presenting at Nikkei Australia’s panel session ‘What does AASRN mean to me?’, Photo by Mayu Kanamori

The result was a fun, lively, warm reflection on AASRN. Some key themes stood out:

Creative director, producer, storyteller and social change advocate Kevin Bathman is a relatively new member of AASRN, having joined in 2015. He said, ‘I felt like I have just met my “community”. What struck me was how non-judgmental and interested the community was in my work. In other forums and conferences, I feel like I am constantly being asked to explain myself, tell my story to suit their narratives. Instead, in AASRN, I could start a conversation of a much higher level.’

Writer Hoa Pham who joined in 2006, put it succinctly: ‘AASRN affirmed for me a socio-political academic space I could inhabit that was friendly plus supportive of my points of view and research orientation. It meant I was not alone.’

Queensland based artist Christine Ko is also a newcomer to AASRN. ‘I joined AASRN in 2015 at a time when I had just started finding my “voice” as an Asian Australian who no longer wanted to hide in the background. I was tired of meeting Asians who downplayed their “Asianness” and was seeking out some sort of Asian-Australian community who were not afraid to engage with the issues relating to the Asian side of their identity.’

Artist, curator and academic Tammy Wong Hulbert claimed, ‘AASRN has definitely had an impact in asking me to consider the expanse and diversity of Asian Australian experiences and how to consider the relationship between contemporary Australian and Asian society and this has encouraged me to include more Asian content in my classes and also for me as a researcher to consider my voice as an Australian born Chinese.’ 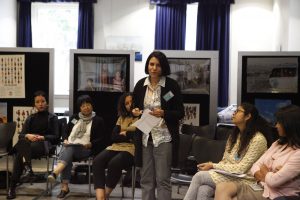 A number of people expressed how central Dr. Tseen Khoo, founding convenor of AASRN was to the network. Author and playwright Chi Vu said, ‘I joined the network because Tseen is amazing, and she brings other amazing and brilliant people with her.’

Dr Yuriko Nagata, founding member of Nikkei Australia said, ‘I joined the AASRN in 1999 during its membership campaign. Tseen Khoo, one of its founding members, was a postdoc at the University of Queensland where I was teaching until I retired four years ago. My admiration for her qualities not only as an academic, but also as a person was immense, so I joined AASRN.’

At the beginning of 2018, Tseen announced that she would step down from being convenor of AASRN. Apparently, Tseen had already made this decision prior to the conference. So in some ways, Nikkei Australia’s panel session was like ‘a performative festschrift of sorts for me as the AASRN convenor,’ wrote Tseen in her blog post dated January 29, 2018. In fact, Nikkei Australia’s panel session confirmed that AASRN embodies the kind of solidarity, friendship, and intellectual generosity that she always hoped to create with the network, she concluded in her blog. ‘This affirmed for me that it was a perfect time to hand the network over to others for whom the vision clearly chimed, and who had aims of their own for its potential.’ 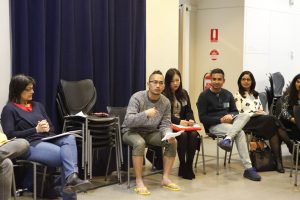 While we had not planned to create a parting gift for Tseen, I’m sure most AASRN members would agree that our session was a better ‘retirement’ gift than a run of the mill gold watch. We hope Tseen agrees.

As for the ‘vision’ and ‘potential’ of a post-Tseen-AASRN? Dr Indigo Willing OAM, one of the key speakers at AAI6 expressed it most poetically: ‘The AASRN; our mirror, our crystal ball, our flag, our blanket, our arrows, our mosaic, and our river to the ocean. The AASRN is like a sanctuary to feel through issues of identity. It is an ocean to be refreshed with ideas, and sometimes to be humbled by the reminders that there are things bigger than us that we cannot necessary control – rather we can just aim for understanding and wisdom to navigate our journeys better.’

Nikkei Australia’s association with AASRN continues to be important. It anchors our work, whether it’s academic, creative, collaborative,  in the larger context of Asian Australian studies. I think I speak for all members of Nikkei Australia when I say I’m looking forward to the next AASRN conference in 2019. 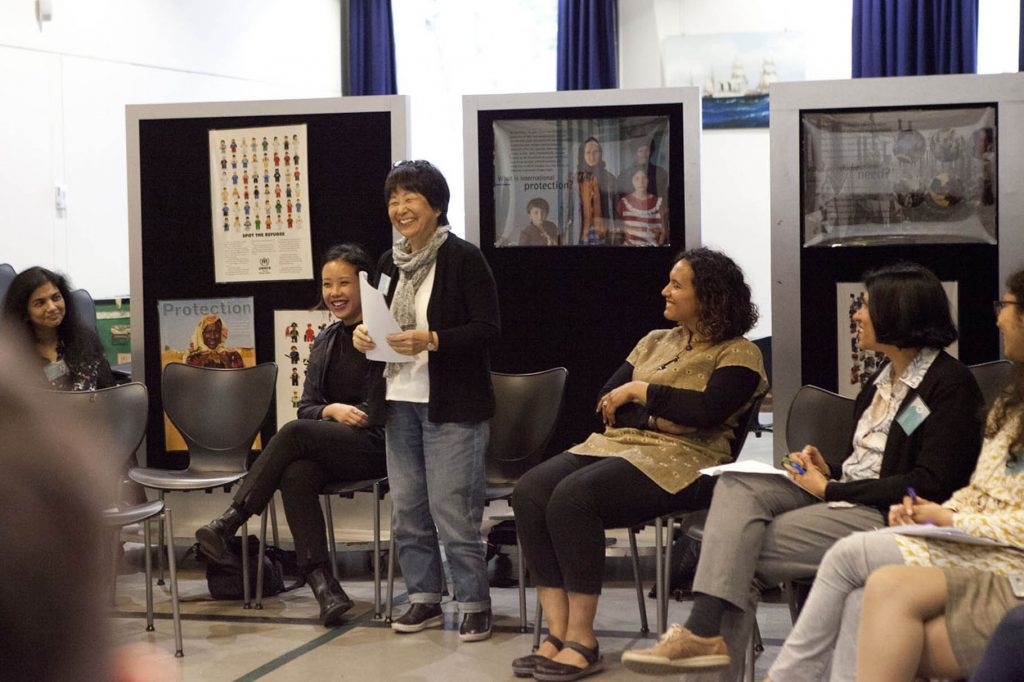 Yuriko Nagata presenting at Nikkei Australia’s panel session ‘What does AASRN mean to me?’ Photo by Mayu Kanamori