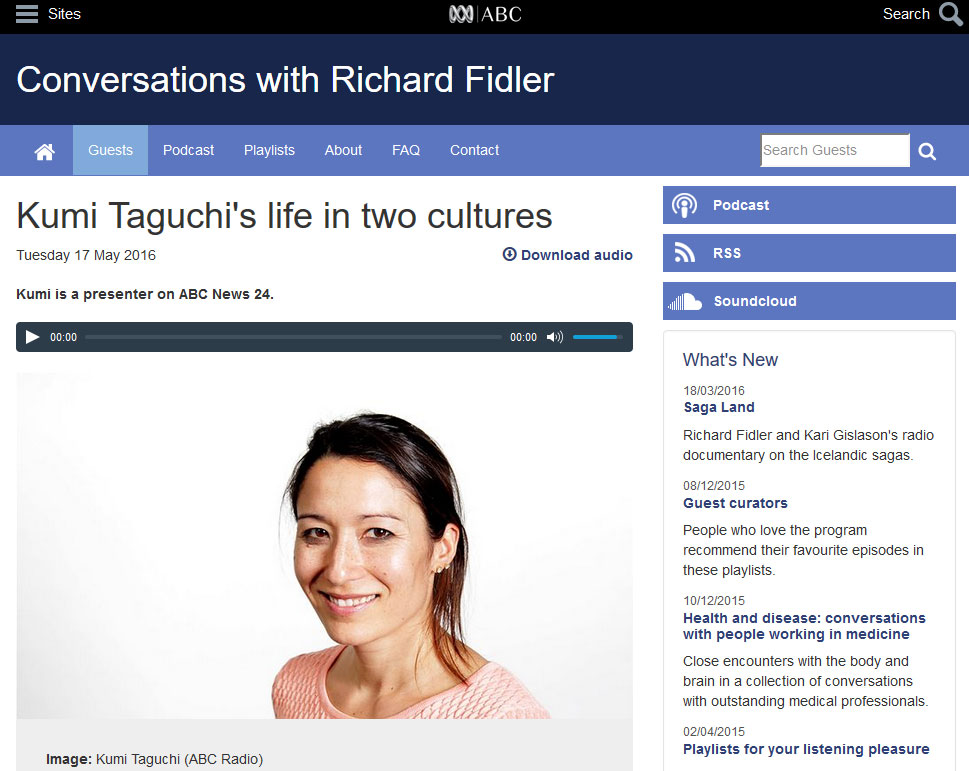 News reader Kumi Taguchi talks about her Japanese father and growing up with Japanese influences in rural Australia on Conversations with Richard Fidler.  http://www.abc.net.au/local/stories/2016/05/17/4463634.htm

Kumi is a presenter on ABC News 24. 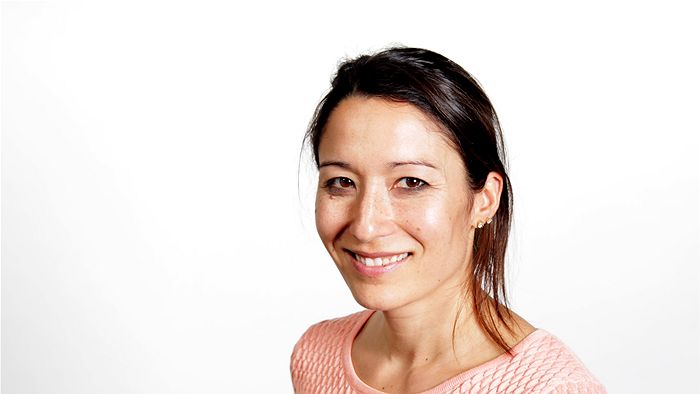 “As a talented classical violinist, Kumi won a scholarship to study music at university.

After deciding she wouldn’t ever be quite good enough to be lead violinist, Kumi gave up her musical studies and instead pursued her other love – journalism.

She has worked for Star TV and Asia Television in Hong Kong, and for both SBS and ABC in Australia, and now presents Afternoons Live on News 24.

Kumi is the daughter of an Australian mother and a Japanese father, and she grew up with both cultures in her life.

It was only as an adult that Kumi discovered the moving story of her father’s boyhood in Japan, trying to survive the end of WW2.”