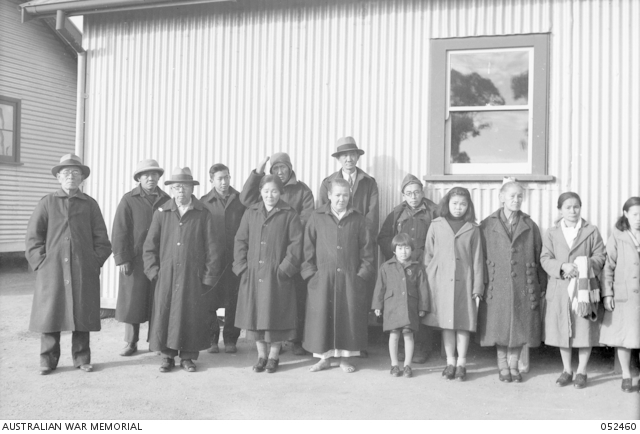 Nikkei Australia founding member Dr Yuriko Nagata will give a talk about Japanese internment in Australia during World War II and its consequences on Sunday 30 October 2022 at 10:30 am – 11:30 am at Anzac Square Memorial Galleries, 285 Ann Street, Brisbane (please note: this event was originally to be held in August).

‘During World War II, many Japanese people were interned in Australia. The purpose of internment was to identify and detain those who threatened the safety or defence of Australia and allay growing public concerns about a Japanese invasion. Most internees were civilian men, but some women and children were also interned in camps around Australia, often in remote locations.

‘People were interned based solely on their nationality, even if they had done no wrong.

‘For many of the first-generation Japanese settlers, internment came towards the end of their lives. All that they had worked hard for in Australia was taken away overnight.

‘One second generation ex-internee wrote: “The war and years of imprisonment had taken their toll on my father’s physical and psychological health. He was in his late seventies and very frail. All his life he had provided well for his family, but after the war he was reduced to dependence on charity. He had no real place in a country that hated the Japanese and he felt collective racial responsibility for the war, and worse, the atrocities committed by his people.”’

This is a free event, but bookings are required.
For more information about this event, contact: Anzac Square Memorial Galleries
0466 922 259
anzacsquare@slq.qld.gov.au