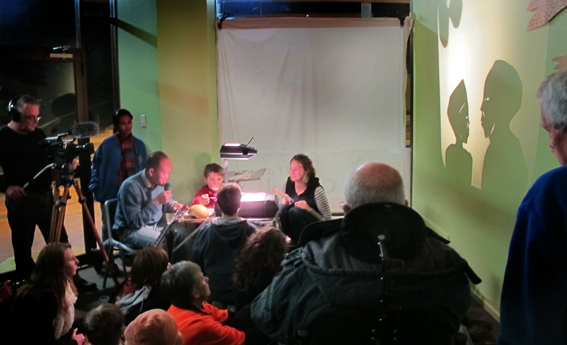 Read the Cowra Community news “A story born in the shadows”

Listen to interview with Jumaadi 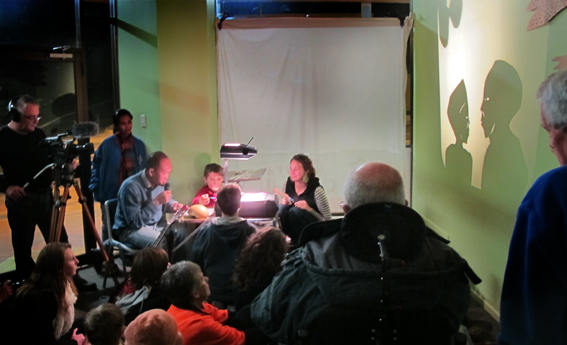 The venue  was packed at the Council Shopfront last Friday night as Jumaadi and his team presented their work Sounds of Flapping Bird The Gamelan Maker, Shadow on the Wooden Wall,  created during Jumaadi’s two week residency and community workshops for the last two weeks. Jumaadi will return to Cowra in March next year to develop a full performance of The Gamelan Maker. Community puppeteer, Tarhlia created puppets and projections with Jumaadi and other community participants Bryson Sciberras, Maguire Sciberras, Norm Palazzi and Howard Ficker.

An excerpt from The Gamelan Maker written and performed by Jumaadi

After the train station, I went for a walk up the hill and down to the plain to visit his old house, his old home. Hoping to find a reminder of him all I could see was hills and hills, only the horizon that made it end. Perhaps this is the hill, in the poem.

I was hoping that his shadow would appear between those poles next to those holes, among wallabies and their little joys.

The late afternoon light made those giant balls of blue granite look like some dinosaur eggs.  And those trees that cast long shadows on the grass, remind me a bit of Drysdale’s painting, the rabbit hunters, I think.

If he was here our man, I would love to take him back to the town that perhaps he never visited. Perhaps in town, we could share a beer or two in the local pub?

Or  I could take him to the Asian that makes chilli tofu and garlic prawns, and serves  sweet and sour pork along with fried rice. Not to mention the exotic deep fried ice cream.

Anyway, the train dropped him at the railway. They marched for a while on the square and then walked straight to the camp. He, together with hundreds of other men. (The women and children were driven behind in a truck).

I understand he was a man from Central Java. A gentleman who made these beautiful gongs, cymbals and some wooden xylophone. A gamelan-maker; some people said he was a composer.

Oh by the way. I never took my father to a pub, not to any pub, for a drink or two. Perhaps that’s why I would never be a true Australian. Our man was not an Australian, nor was my father. But my son is, and his mum too.

Oh God I miss my father, he was also a composer. In his dreams! How could one become a composer in a real life. If one had to find his own food since he was twelve years old or thirteen. Cutting trees to sell for wood for fire and often skipping dinners or breakfast too. 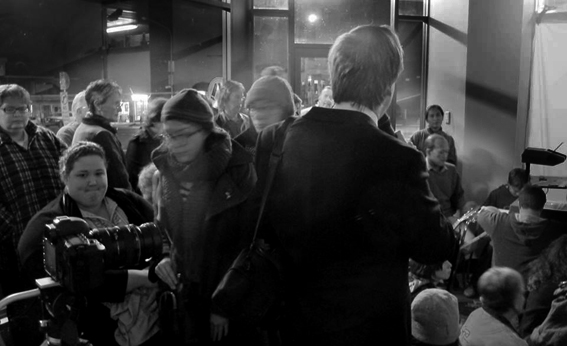 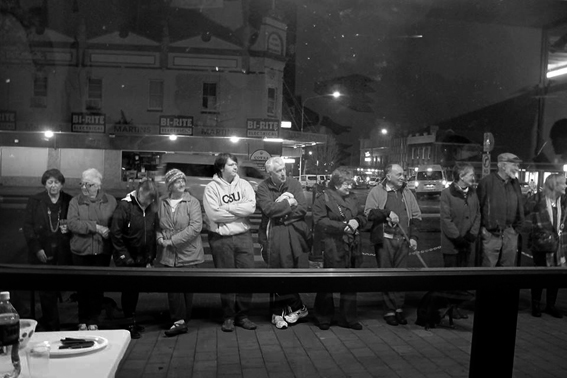 Cowra community waiting for the performance to begin. Photo by Siobhan Campbell 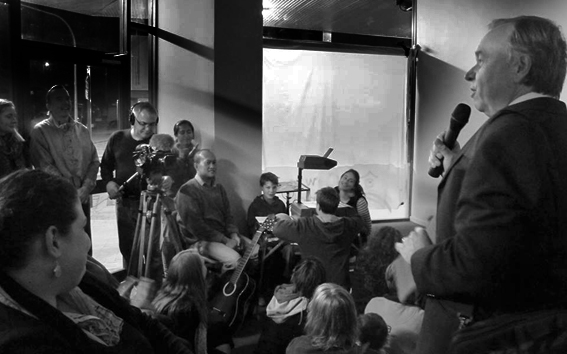