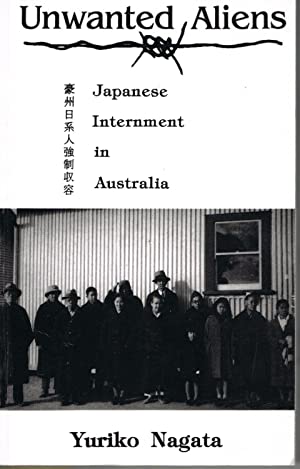 During WWII Australia held approximately 4,000 civilian Japanese internees. Approximately 3,000 from South-east Asia or the South Pacific as the Netherlands East Indies, New Caledonia, New Hebrides, the Solomon Islands and New Zealand, were held on behalf of other Allied Governments. They included over 600 Formosans who had been arrested as Japanese. Some Koreans were also arrested as Japanese, but their number is unknown as they used Japanese names.

Combining historical research and interviews, this book has been the definitive book on Japanese civilian internment in Australia, with focus on bringing together the political climate of the time with the internees’ experiences of background, migration, arrest, internment and repatriation.

* Download Japanese internment in Australia during World War II, Yuriko Nagata’s full doctoral thesis at the Department of History at the University of Adelaide 1993 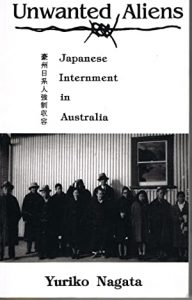