What is Filial Piety for a Mixed Family? 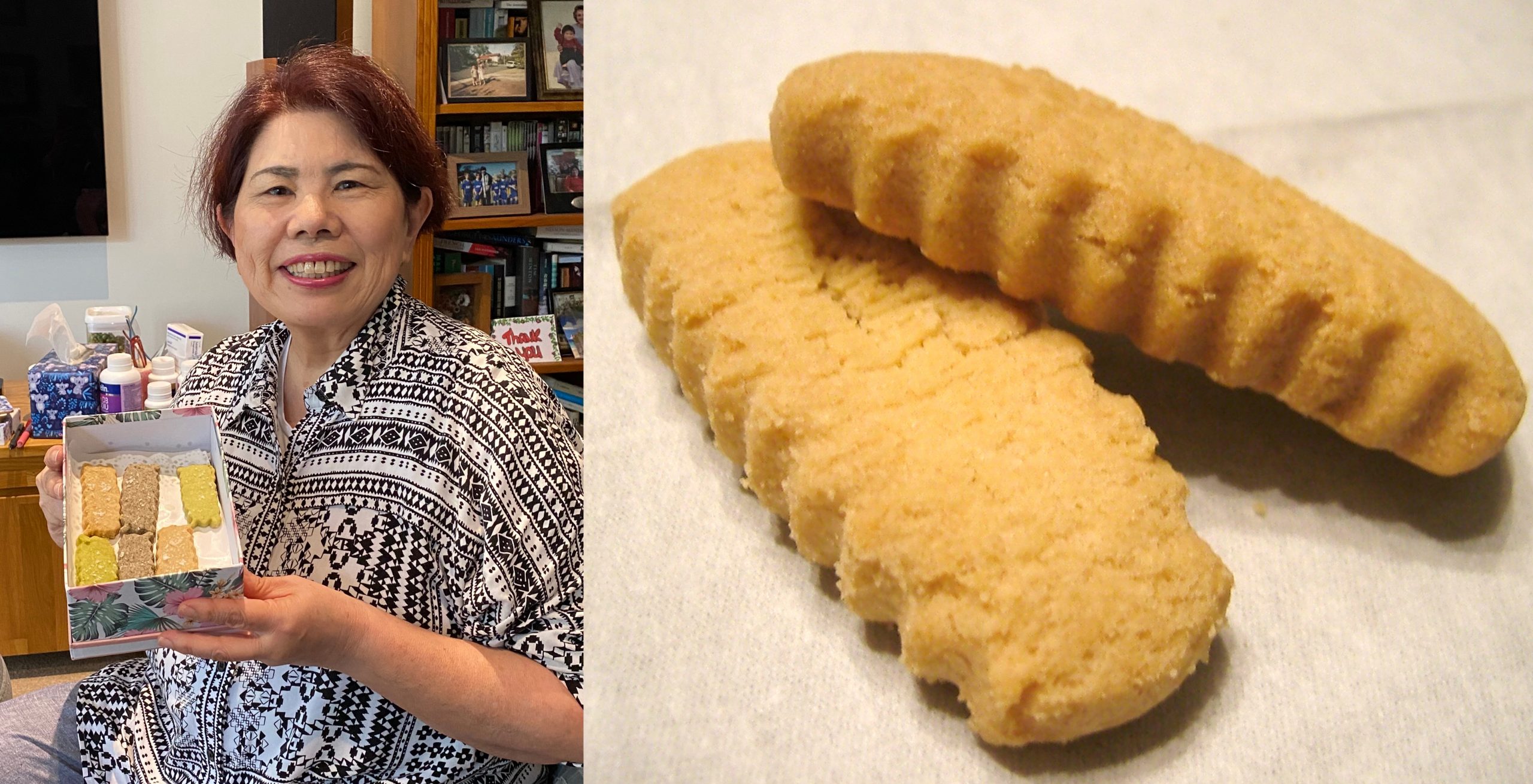 My mum said she wanted chinsuko for Mother’s Day. It’s a type of shortbread cookie from Okinawa, Japan, where she was born and grew up. Mother’s day is very close to my Anglo Australian father’s birthday, so most years we celebrate the two occasions together. My partner Felicia, originally from the US, and who has Mexican heritage, baked the chinsuko which itself has a disputed multicultural origin: some say it comes from a Chinese recipe, others say it’s Portuguese. It was once eaten only by Ryukyuan (Okinawan) royalty.

I suppose the gift represents something about the multiple cultural heritages contained within our family. And there’s something about gift giving on this Mother’s Day/Father’s birthday that seemed appropriate for the conversation I wanted to have with my parents about filial piety.

Filial piety is ‘the attitude of obedience, devotion, and care toward one’s parents and elder family members’. It’s something that I associate with Asian-ness due to its Confucian roots. But it’s also something that I’ve felt ambivalent about, and not just because of my mixed cultural identity.

Growing up, my mother made us keenly aware of the difference between Japanese and Australian attitudes on this topic. In Japan, she would say, parents would house and care for their children until those children got married or could afford a house of their own. The trade-off being that the children take care of their elderly parents. When we were approaching adulthood, she wanted us to move out and be independent, in part – or so she said – because she knew we wouldn’t be taking care of her in our own homes when she was old.

But in talking to her about this now, it seems like this might have just been a tactic to get us to be financially independent. Both of my parents moved out and were independent at a young age. My mother doesn’t have much of a sense of filial piety, or what in Japanese is called oyakōkō. She might be unusual because of that, but it has to do with an unhappy family situation in her childhood. She didn’t feel obligated to her parents, and, as a result, built a life and family on radically different values to her own upbringing.

The idea of filial piety is quite alien to my father who grew up in a time, he says, when people moved out of the house at 18 and led their own life. He doesn’t have the powerful interdependent relationship with his parents that he sees in many of his diverse friends and colleagues. He says that his mother, who lives in a nursing home, wants to live independently of her children and doesn’t want to be a burden on them.

Because of this attitude towards their own parents, they don’t have any expectation that my sister and I will foster any special obedience or care for them. They also don’t want to be a burden on us. My mother said her sense of oyakōkō or obligation is directed towards her friends who have supported her over the years and who she supports in turn. It’s this network of friends that she expects to draw on for support as she grows older. And she regards our parent and child relationship also as more of a friendship than an obligation to care.

My partner Felicia does have a strong connection with her mother who raised her as a single parent. She is aware of the sacrifice, at times having been a single parent herself, and wants to give back as much as she can. What has really affected me about her attitude towards family is the constant loving affection and devotion that she exhibits and often ascribes to her Mexican heritage. It’s quite different in my immediate family as we’re generally more emotionally and physically distant. But I think Felicia’s loving influence on our family has had a significant impact on us.

It comes down to unconditional love.

Sometimes filial piety can feel like conditional love. But does it have to be that way? As we drive back home from my parents’ place, Felicia asks me if I would take care of my parents if something were to happen to them. Of course I would, I say. And if that is an obligation, it feels motivated by love, not hierarchy. For me, understanding filial piety is about feeling the scope of my love for family.

This story was originally commissioned for the ‘Stories of Filial Piety’ project exploring the Confucian philosophy of filial piety; described as a virtue of respecting one’s elders and ancestors. The project is funded by the City of Sydney under their Matching Grants programs.

Dr Timothy Kazuo Steains is a Postdoctoral Research Associate in Gender and Cultural Studies at the University of Sydney. His research examines Asian Australian, Japanese Australian, and mixed race identities, and he is currently researching mixed race boys as part of an ARC SRI grant doing an affirmative feminist study of boys. He is also an avid sumo fan and whisky fanatic.